Back in the day, as they say, the Idioma team used to get together every Sunday evening to have dinner as a team, and always at the home of the first academic director, Joy. At that time, we all lived in the same neighborhood and we were a much smaller operation.

Fast forward to 2019 and having nearly tripled in size, we now live all around the central valley, counting four of the seven provinces as home to Idioma and its team.

Nonetheless, the passion for spending time together and eating together has never been far from Idioma; it was in this spirit, to take some time outside of work to share, laugh, eat and enjoy the rich diversity on our team that we organized a mid-year potluck in the late afternoon on Sunday, June 30th.

At 4pm precisely, the hour that we started the potluck, it began to downpour…torrentially and so much so that within minutes, the road gutter in front of our current academic director’s apartment, between the road and the door to his apartment, was filled with a half-foot deep, six-foot wide rushing ‘river!’ It’s a good thing that everyone arrived on Tico time and not on time! By 4:30pm when people started showing up, the downpour downgraded to just heavy rain and the ‘river’ was crossable by way of a leap and we all made it upstairs to start warming up food and eating! 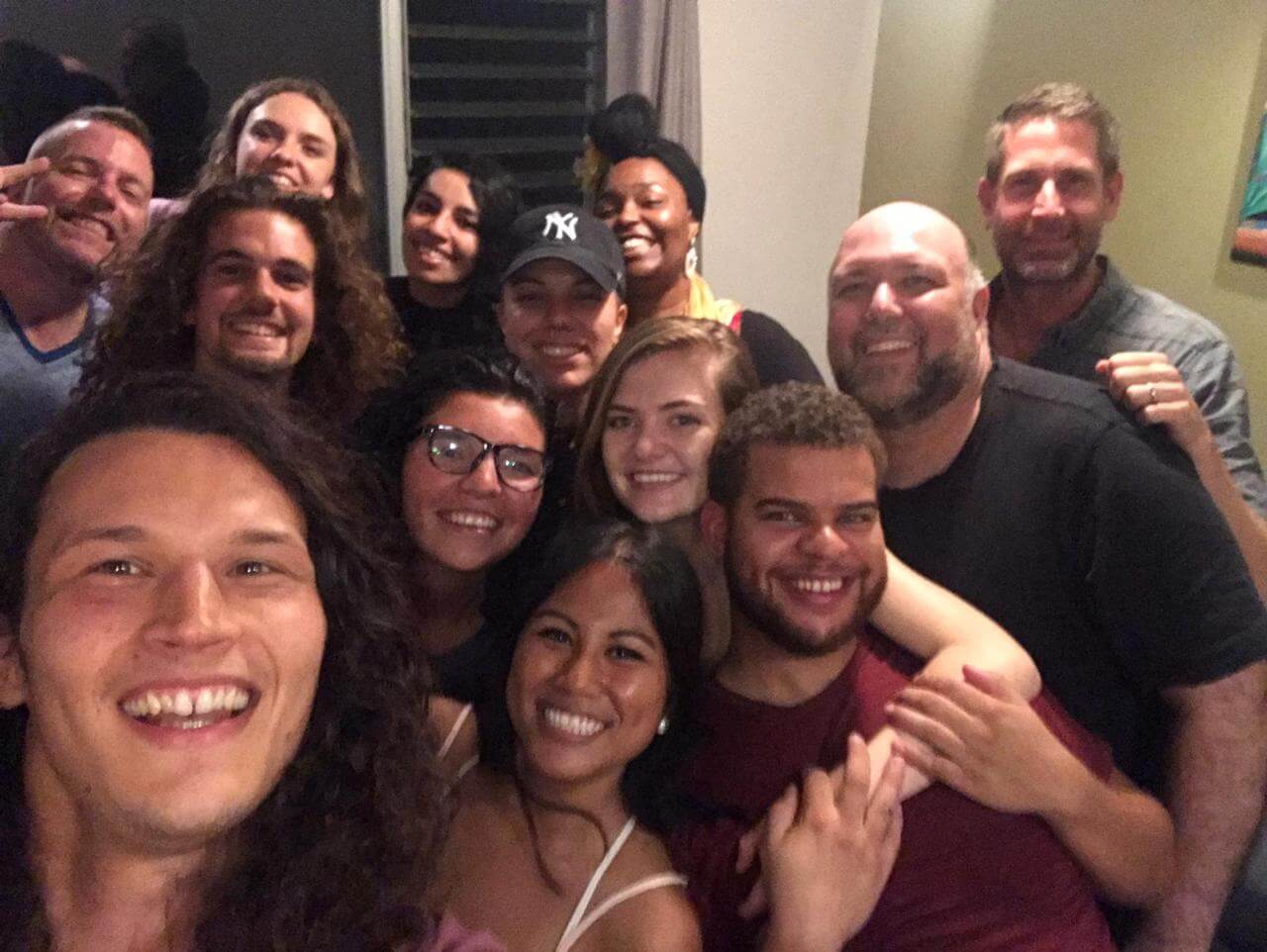 We had shrimp and grits along with sausage and fried apples from some of the southerners on staff. We had fruit salad and a huge pineapple for a more Tico flair. And no potluck is complete without a couple of potato dishes, as in mashed potatoes and home fries!

We all took turns grazing through the food line in Brendan’s tiny kitchen and the chatter and clatter soon took a downward turn as the silence of good-eatin’ commenced! There was enough food for seconds (and thirds for some, who shall remain nameless!) and a surplus to take to the office for some Monday munching.

Add we enjoyed some guitar strummin’ and singing in an impromptu session before we capped the evening off early but very full, full of international fare, Idioma friends and the Costa Rican Pura Vida vibe.